At the age of 37, Robinho can hardly continue to play at the top level. No club wants to sign a player with a prison sentence.

In October 2020, Robinho returned to Santos with a contract until February 2021, with an option to extend until December 2022. The ambition of the striker born in 1984 is to continue to prolong his playing career.

However, after Robinho was sentenced to nine years in prison by an Italian court for rape, the wave of criticism for Santos was so great that the Brazilian club had to cancel the contract with this player. For more than a year, no team dared to sign Robinho. You could be sent to jail at any time.

Brazilian club Santos had to cancel the contract signed with Robinho in October 2020 after a wave of criticism from the public. Photo: Reuters.

The fact that the Court of Cassation of Rome (Italy) upheld the sentence of the Milan Magistrates Court declared in 2017 and the appeal in 2020 showed the serious nature of the case in which Robinho was the perpetrator. The former Man City star must serve 9 years in prison and pay 60,000 euros in compensation to the victim.

According to the indictment, Robinho and five friends raped a 22-year-old Albanian girl. The incident happened at a nightclub in Milan 2013. Robinho’s efforts to appeal and prove his innocence over the past year have been unsuccessful, following the January 19 ruling of the Rome Court of Cassation.

The possibility that the former Real Madrid striker will be imprisoned is still open. Brazil’s constitution does not allow the extradition of its citizens to another country. Because Robinho is still living in Brazil at this time, he has not yet served a prison sentence in Italy. Italian authorities began to consider a solution to force Robinho to jail in Brazil.

However, regardless of whether Robinho was behind bars for his crimes or not, his reputation was ruined after the ruling from the Italian Court. El Mundo said that as long as Robinho sets foot in any country that has an extradition treaty with Italy, the former Brazil international will be immediately arrested.

Brazilian lawyer Fernando Coccetrone asserted that Brazilian authorities may not arrest Robinho immediately, but they will fully act on Italy’s request if it is in accordance with the constitution.

“With what has just happened, there is no chance for Robinho to continue playing football,” Coccetrone said. “Even Brazilians who love football are embarrassed by his actions.”

In recent years, the Brazilian government and many social organizations have spoken out more strongly against the issue of violence and sexual assault against women. Brazilian media had harsh words for Robinho after the Court in Rome made the final decision. “Robinho is just a coward who once shined on the pitch,” UOL headlined 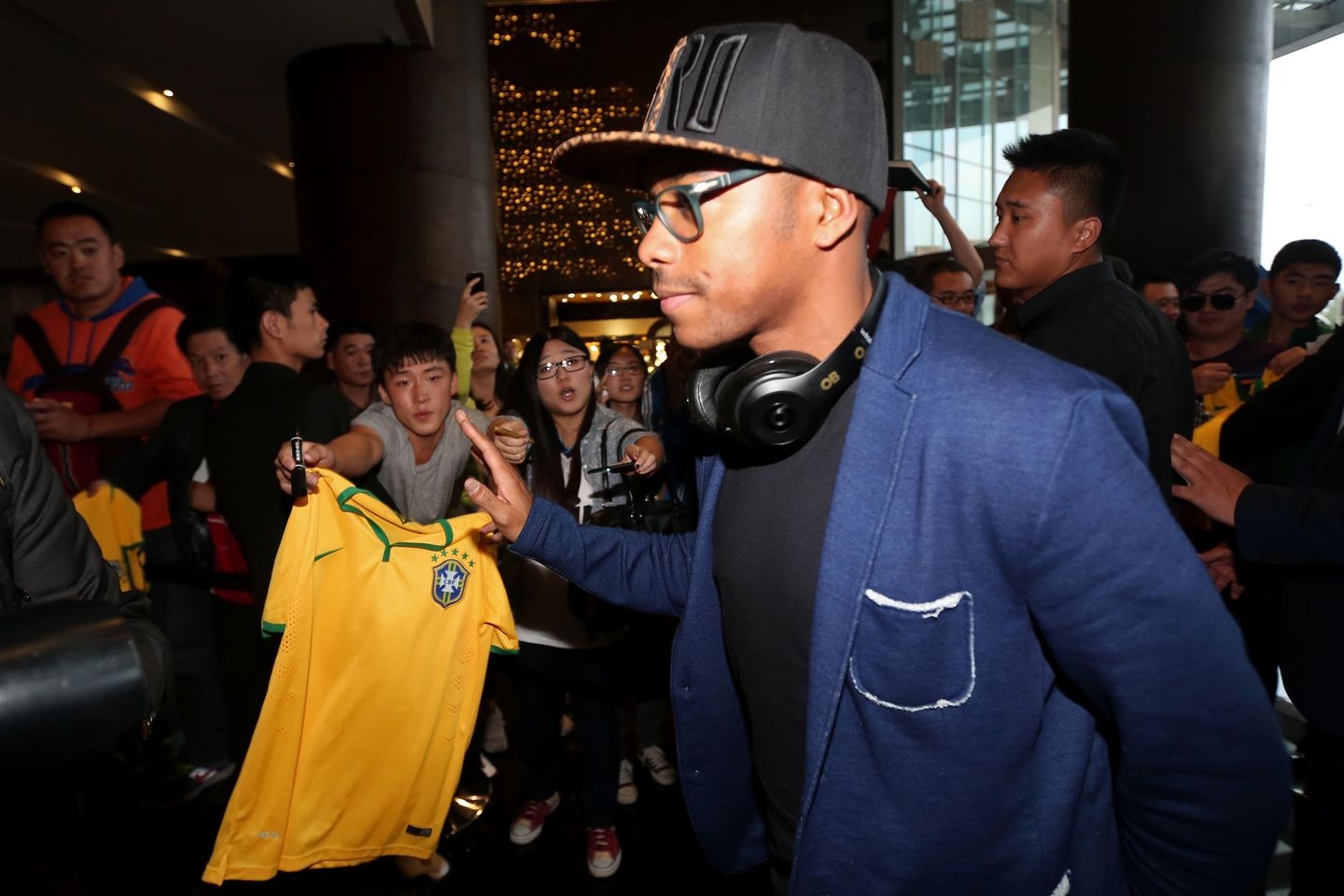 Robinho was once expected to become the “new Pele” of Brazilian football. Photo: Reuters

Fernando Monfardini, another Brazilian lawyer, said any samba club signing Robinho could face a wave of outrage from the community.

“The Santos board must admit it was wrong to sign Robinho in 2020,” Monfardini analyzed. “They lost more than they gained in the Robinho case. The notoriety that this former Brazilian player caused tarnished the football field of samba.”

Robinho started his career at Santos. Here, he was labeled “little Pele” with the expectation of becoming a new legend of Brazilian football. Two years ago, the Santos leadership had not heard of Robinho’s case in Milan, but they still accepted to help the old man.

Now Santos cannot save the 37-year-old’s career. The day he left Santos for Real Madrid in 2005, he was compared to another young South American talent, starting to emerge at Barcelona named Lionel Messi. “Me and him (Messi) have different lifestyles and play football,” confirmed Robinho.

The lifestyle and competition took the careers of Robinho and Messi in opposite directions. The Argentinian boy became a superstar of world football every year, while “little Pele” now carries a prison sentence.

Robinho can only blame himself. The once prodigy of Brazilian football was repeatedly given the opportunity to remake his career. In 2008, Man City surprised when spending 42 million euros to recruit players from Real Madrid.

After signing with the green half of Manchester, Robinho left a famous interview answer: “Chelsea made a great offer and I agreed to sign”. The reporter then had to ask again: “You mean Man City (not Chelsea)”. Robinho replied: “Oh yes, Manchester, sorry”.

Years later, Robinho admits he didn’t even know which team Man City was at first. “In those days I was young, quite impulsive and behaved inappropriately,” said the former Brazilian player frankly. However, even when leaving Man City to play for AC Milan or Santos, Robinho could not regain his previous form.

He bored fans with his unhealthy lifestyle. Since leaving AC Milan in 2015, Robinho has not been with a club for more than a season. The incident at a Milan nightclub in 2017 was like the last straw, and put an end to Robinho’s football career.

Today is the day Rangers seek glory and aim to make...

Celtic wants to reward the boss who wins double Ange...

Celtic are facing a fight to keep Cameron Carter-Vickers...